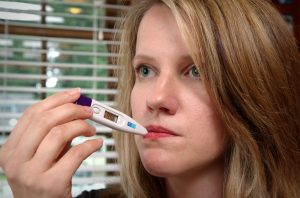 (CNN)The current flu season is “still on the rise,” the acting director of the US Centers for Disease Control and Prevention said Friday.

“We may be on track to break some recent records,” Dr. Anne Schuchat added while releasing the latest data.
Flu-related hospitalizations rose to about 60 people out of every 100,000 in the fifth week of 2018, the CDC said Friday in its weekly surveillance report.

That’s higher than last week, when the rate was 51 per every 100,000, and higher than during the fifth week of the 2014-15 season, which recorded about 44 people hospitalized per 100,000. The CDC considers the 2014-15 season “moderately severe” with high levels of illness, hospitalizations and deaths compared with previous seasons and has used it as a comparison to the current season.

Pediatrician: ‘Flu just spread like wildfire’
Hospitalizations in the 55- to 64-year-old age group and higher levels of influenza-like illness are where the records will be, Schuchat noted.
“We don’t have signs of hospitalizations leveling off yet,” she said, adding that during a past severe season that looked similar to this one, an estimated “34 million Americans got sick with the flu.”

According to the report, influenza activity was widespread in 48 states and Puerto Rico for the week ending February 3, the same as last week. Oregon and Hawaii, the exceptions, both recorded regional activity for the fifth week of the year.

The CDC also recorded a rise in the percentage of patients who visited health care providers complaining of influenza-like illness across the nation: 7.7% of patients for the week ending February 3, up from an estimated 7.1% during the previous week.

Levels of illness, based on outpatient visits and visits to emergency rooms, are “now as high as we observed at the peak of the 2009 H1N1 pandemic season,” Schuchat said.

Although the current rates do not mean we’re having a pandemic, she said, this is “a signal of how very intense this season has been.”